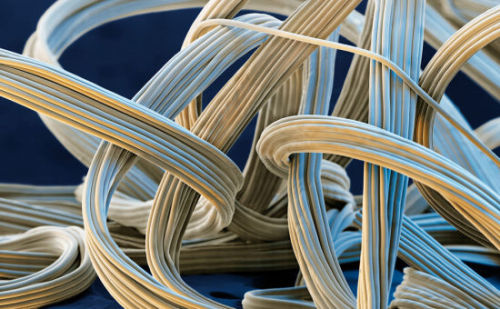 Recently, Huafeng Spandex announced the news of the resumption of production of the Dongshan plant in the wake of a recent fire accident. Due to the suspension of production, the net profit of the company may be reduced by 10 million yuan.

In fact, in 2012, the Chinese textile industry experienced a â€œglacial periodâ€. It seems that Huafeng Spandex, which is an upstream company in the textile industry, cannot stay out of the picture. Even with government subsidies, it is difficult to solve the difficulties.

In order to accelerate the prevention and control of atmospheric composite pollution, Zhejiang Provincial Environmental Protection Agency proposed emission requirements for Huafeng Spandex with a soot emission concentration of â‰¤120mg/m3. With the increase of emission requirements, enterprises need to renovate existing emission facilities and the cost will be further increased. While the current performance of Huafeng Spandex mainly relies on government subsidies, the company's profitability may be affected in the future.

Is it difficult to solve the company's difficulties?

On November 8th, Huafeng Spandex announced the announcement of the resumption of production. The company's Dongshan Plant (hereinafter referred to as the "Dongshan Factory") located in the Rui'an Economic Development Zone, Zhejiang Province, has completed maintenance and resumed production.

The shutdown of the Dongshan plant was due to a fire incident at 15 o'clock on the 19th of October. Although the accident did not result in casualties, it caused damage to the indoor heating facilities such as the circulating oil pump room and cables and pipes.

Huafeng Spandex said in the announcement that the suspension of production after the accident is expected to reduce the companyâ€™s annual production in 2012 by about 2,000 tons and its net profit by about 10 million yuan.

According to public information, in 2012, the Chinese textile industry experienced a â€œglacial periodâ€. According to statistics, of the 43 listed companies in the Shenyin & Wanguo textile manufacturing category, 26 had negative revenue growth in the first three quarters of 2012, 31 had negative growth in non-net profits, and a total of 11 companies suffered losses.

In the first quarter and the second quarter of 2012, the net profit of Huafeng Spandex was -273.581 million yuan, -336.43 million yuan, while the third quarter net profit soared to 50.8085 million yuan, mainly from the non-operating income of 4,509,100 yuan. Most of this contribution comes from government subsidies.

On September 27 and 28, Huafeng Spandex announced that the government grants and subsidies it received for two consecutive days were 8.05 million yuan and 39 million yuan respectively, totaling 47.05 million yuan.

Thus, by the end of the third quarter, Huafeng Spandex turned a profit under the â€œsubsidyâ€ of the government. The net profit was 2008.61 million, but it also decreased 74.95% year-on-year.

On November 14, an analyst from a brokerage firm in Beijing told China Capital Securities Net that under the general environment of the overall economic downturn, it has directly infiltrated into the industrial companies of the textile industry. Huafeng Spandexâ€™s performance in the fourth quarter was not optimistic. Even with government subsidies, it is difficult to solve the company's difficulties.

On November 19, Huafeng Spandex Executive Secretary Chen Zhangliang told China Capital Securities Net that if there is no government subsidy, the companyâ€™s book this year may be a loss.

Some investors reported to the China Capital Securities Network that Huafeng Spandex was included in the coal-fired boiler dust control project by Zhejiang Environmental Protection Agency.

Subsequently, China Capital Securities Network read the â€œZhejiang Province Environmental Pollution Prevention (PM2.5) Prevention and Control Implementation Plan (Draft for Soliciting Opinions)â€ (hereinafter referred to as the â€œPollution Prevention Planâ€) document of Zhejiang Provincial Environmental Protection Office and learned that it has been gray since 1960. Since the observation, the phenomenon of ash in Zhejiang Province has generally increased, and the situation of ash has not been optimistic. The Zhejiang Provincial Environmental Protection Agency pointed out in the document that Zhejiang Province is transforming from coal-to-smoke-type pollution to coal-fired-type and co-existing pollution of motor vehicle exhaust pollution. There is a clear combination of local pollution and regional pollution, and pollutants are coupled to each other. The characteristics are manifested by increasing atmospheric oxidizing ability, high concentration of fine particles that reduce atmospheric visibility, resulting in regional ash contamination, and frequent occurrence of photochemical smog and high concentration of ozone pollution in some regions, which have constituted public health and ecological security. .

It is worth mentioning that the â€œPollution Prevention and Control Planâ€ was announced on May 3 by the Zhejiang Environmental Protection Office, and the member units of the regional peopleâ€™s government and the Provincial Clean Air Action Leading Group needed to provide feedback before May 14th. No feedback was considered as no opinion.

Among them, the "Ambient Air Quality Standard" (new) is scheduled to be officially implemented in January 2016. The new standard strictly complies with the requirements of nitrogen dioxide and respirable particulates, and at the same time increases the fine particulate matter (PM2.5) and ozone (O3) indexes. . According to the new standard, only 1/3 of the cities above the county level with environmental air quality (PM10, SO2, and NO2) in Zhejiang Province meet the national secondary standard.

In order to speed up the prevention and control of atmospheric composite pollution, the Environmental Protection Agency of Zhejiang Province has formulated the "Pollution Prevention Plan," and Huafeng Spandex is one of the companies that are required to improve the emission of soot from coal-fired boilers. The list of coal-fired boiler dust control projects in the "Pollution Prevention Plan" shows that Huafeng Spandex has three boilers, which emits 60 tons of steam per hour, while the Zhejiang Environmental Protection Agency proposed emission requirements for smoke emission concentration â‰¤ 120mg/m3.

Recently, China Capital Securities Network has also called the Environmental Protection Office's Pollution Prevention and Control Office. Sun Guojin, the person in charge of the department, said that the provincial offices have investigated all the companies in the document list. These companies have room for improvement in terms of emissions.

An analyst at CITIC Securities pointed out that with the increase in emission requirements, companies need to renovate their existing emissions facilities, and their costs will be further increased. The current performance of Huafeng Spandex mainly relies on government subsidies. In the future, the company's earnings will further deteriorate.

In this regard, Huafeng Spandex Executive Secretary Chen Zhangliang stated that the main duty of the director's office is information disclosure, and the above issues do not involve disclosure issues, and they have not received any specific documents.