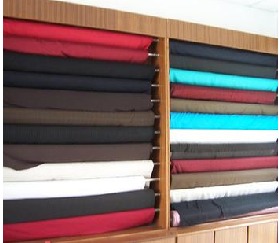 In recent years, the EUâ€™s attention to environmental hormones in textiles and clothing has continued to increase. In 2006, the European Union explicitly banned the use of nonylphenol polyoxyethylene ethers (NPEO) and nonylphenol (NP) in the textile production industry in the region. In August this year, the Swedish Chemicals Agency submitted to the European Chemicals Agency a document that banned the import of NPEO-containing textiles into the European Union. EU Environmental Agency and other agencies also called for the early definition of environmental hormones as well as material criteria and their inclusion in REACH. Regulatory framework system. This move may eventually lead to the European Unionâ€™s complete ban on the sale of textiles containing NPEO on the market.

The reporter learned from the inspection and quarantine department that the department has found that NPEO is commonly used as a surfactant and cleaner in the textile dyeing, finishing and garment washing industries during the survey of the textile industry in the area. According to reports, surveyed companies generally adopt traditional washing methods, and few companies adopt cleaner production technologies. Since NPEO-containing cleaners are used in washing and washing, residues are also likely to occur.

The EU is one of the major export markets for textile and apparel products in Fujian Province. From January to October, the Fujian Entry-Exit Inspection and Quarantine Bureau tested a total of 19,900 batches of EU textile products and US$ 748 million. In this regard, inspection and quarantine departments remind relevant enterprises in the jurisdiction to improve clean production technologies as soon as possible, replace NPE with eco-friendly surfactants, and respond early to possible impacts and impacts.

Pearls are the most famous treasures in ancient of China, Pearl Earrings as a noble jewelry favored by people. The pearl Earrings are symbol of identity, and also can satisfy people's desire for holding valuable treasure.
The pearl ear stud or long pendant pearl earrings can be suitable for different occasions. For example, the office woman wear one pearl ear stud on office, it will show the lady`s morbidezza, and the pearl earrings also can make the office is not Serious. The long pearl earrings are more better for dress, adding dress and feminine beauty.