Bijoli, the first international jewelry brand in China, is deeply impressed by the exquisite and rich connotation of jewelry crafts in China. With the determination to inherit the long-distance culture of jewellery, Bao Zhuoli selects some representatives of various dynasty jewelry to classify the cultural content displayed, and introduces it to the exhibition. It is for the people who love jewelry to communicate and learn.
Spring and Autumn and Warring States Period:
Jade jewelry was highly valued in the Central Plains region during this period, and the status of the nomadic people of the Xiongnu 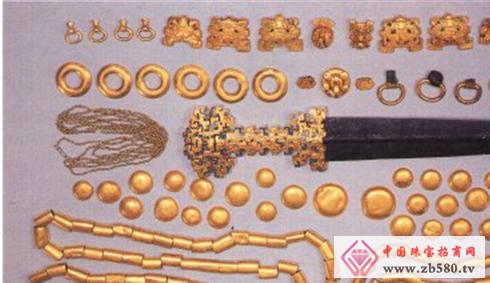 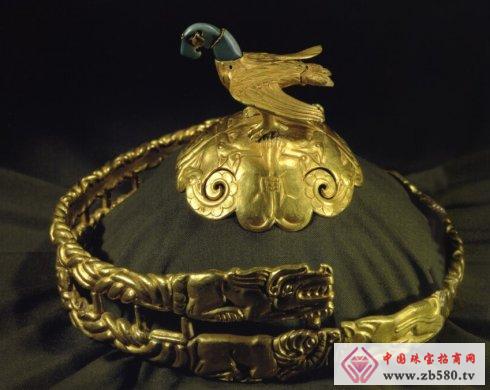 Golden Eagle Crown (Warring States)
Unearthed from the tomb of Arun Chai in Xiongnu, Hangjin Banner, Inner Mongolia, the base of the crown is hemispherical, the top of the heart is set with a golden eagle, the turquoise is carved into the eagle, and the gold binocular is embedded. The head and tail are adorned with gold wire for flexible swinging. The pattern on the hemisphere is made up of four big-horned, curled sheep struggling with four hungry wolves. The two layers of the crest are decorated with rough patterns of grassland culture such as tigers, bighorn sheep and horses. 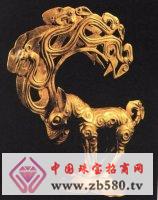 Deer-shaped gold monster (Warring States)
The superb craftsmanship of the Xiongnu goldsmiths, with round carvings, reliefs and openwork. The main body is like a deer, a deer head, and a antler like a bird.
Qin and Han Dynasties:
The material is extremely rich, the craft is exquisite. Geometric patterns and animal prints are popular. The woman officially entered the beautiful era.

Nanyue Wang You's Lady Group Yu Pei (Western Han)
This group of jade is worn by Zhao Lan, the lady of South Vietnam. From the top to the bottom, the group consists of a piece of Shuanglong jade, two pieces of jade ring, a piece of Sanfeng vortex jade and five pieces of jade, with a glass bead and ten gold beads.

Golden enamel
2498 pieces of jade pieces were adorned with an adult shape with 1100 g of gold wire. It is the conquest of the royal family and the noble aristocrats of the Han Dynasty. According to the grade, it is divided into gold, silver, copper and so on. In the Eastern Han Dynasty, the Emperorâ€™s jade clothing was used for gold. 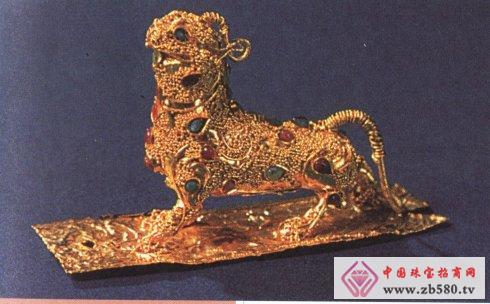 Gold earrings
The gold wire is twisted and decorated with red agate and gem-shaped gold leaves, which are ornaments of the Fuzu aristocrats in the Han Dynasty.
Wei and Jin Dynasties:
The prosperity of headwear such as scorpion and stepping; the integration of jewellery and the integration of many exotic customs during the period of national integration and cultural exchange. 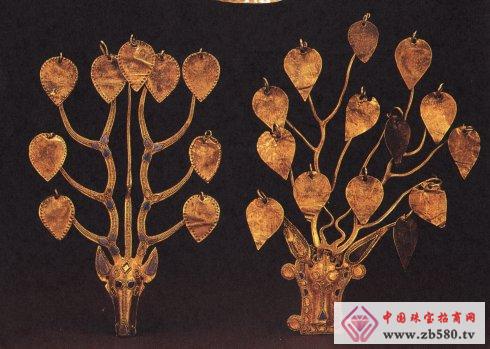 Niu Shou Ma Shou Jin Bu Yao Guan (North Dynasty)
One is a horse's head and the other is a cow's head. The main root of the corner produces two golden roots, and then four of them are produced, each of which bears a peach-shaped gold leaf.

Sheep-shaped gemstone ring
Northern Wei. The sheep shape is shaped with multiple gems and the style is Western. 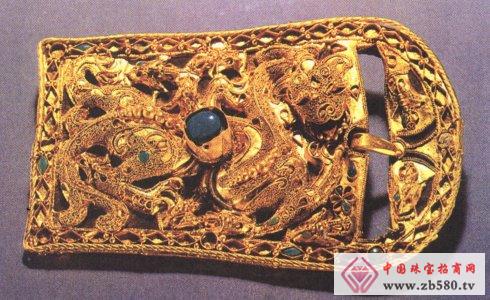 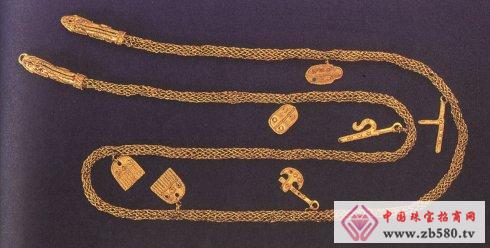 Tired gold dragon accessories (Northern Dynasty)
A double dragon necklace. Gold, with additional decorations on it: one; shield, æˆŸ, comb each two. A symbol of the perfect integration of the northern riding nation and the Han culture of the interior.